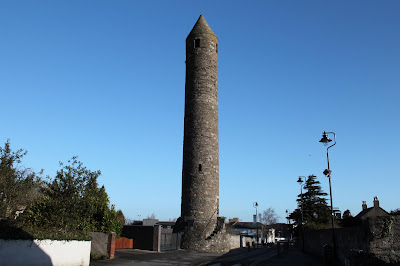 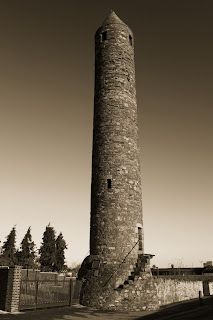 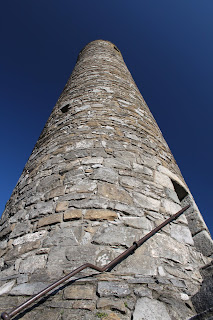 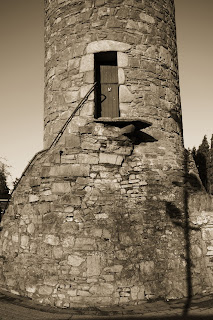 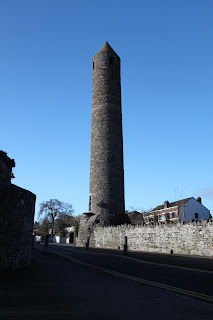 Clondalkin Round Tower is one of only four towers to be found in Dublin.

The site of the tower dates back to a monastery which was founded by St Mochua in the 7th century.

Considered one of the oldest towers in the country Clondalkin is dated between 8th/9th Century.

The narrow tower (considered the narrowest in the country) rises to a height of over 27 meters.

The doorway is 3.9 meters above pavement level.

The towers most unusual feature is the skirt like bulge around the base, this feature is not replicated on any other tower in Ireland. It is thought to have been added after the tower was built maybe to add support to the narrow structure.

As the tower is located on a very busy street you would need to park in a nearby car park.

My visit was an early Sunday morning hence no traffic in the shots.